In League of Legends, there are a ton of different skins that you can purchase for your champions. But sometimes, it’s hard to decide which skin to buy.

Especially when there are so many amazing ultimate skins! In this guide, I’ll be listing all the League of Legends’ ultimate skins and telling you what makes them so special.

Today we’re going to take a look at all ultimate skins released by Riot Games.

So whether you’re looking to add a new ultimate skin to your collection or just want to know more about them, keep reading!

What Are LOL Ultimate Skins In League Of Legends?

Ultimate skins in League of Legends are like ultra, mega and legendary versions of your favorite champions. Each ultimate skin is different from the others by having a new model with several upgrades such as:

The price of League of Legends ultimate skins varies greatly depending on which champion you are buying the skin for, each ultimate skin costs 3250 RP or about $25.

All The Ultimate Skins In Order Of Release The first League of Legends skin with the Ultimate skin quality is Pulsefire Ezreal.

Pulsefire Ezreal’s model has been completely remodeled, he now looks like a cyborg, his weapons (a gauntlet and an energy cannon), are black/silver instead of gold/blue like in his base skin.

It comes with all new particles for his skills, pulse fire Ezreal also has a new voice-over and sound effects on some spells. Although this may not be the best ultimate skin in the League of Legends, it is one of the most popular Ezreal skins in LOL competitive play. The second ultimate skin in League of Legends is Spirit Guard Udyr.

Spirit Guard Udyr’s model has also been completely remade, it now looks like a totem or an animal spirit which is blue and white instead of brown.

We can see the spirit bear skin on his back when he uses Turtle Stance or Phoenix Stance, fire particles have been added to all of his skills. This cool skin is definitely one of the best ultimate skins because it brings a lot to the table. DJ Sona is the first ultimate skin in League of Legends to be associated with music.

The concept behind DJ Sona’s release was her playing a song and all of the players in the game would feel it in their gameplay when the song was playing.

It is definitely one of the best ultimate skins because it brings a unique gameplay experience when you are in a game with her. The latest ultimate skin in League of Legends is Elementalist Lux which was released on September 6, 2016.

Elementalist Lux’s model has also been completely remade with fairies and elemental effects all over it; her staff is now made out of different pieces of nature. We can see the same particles from her base skin shooting out of her hands.

She also has new voice-overs and sound effects on some spells. Her animations are different in that she sings all of her skills, which is pretty awesome.

Riot Games did a great job of making her epic skin as unique as possible. Bestowing her with plenty of voice lines, hairstyles, wands, and dresses you can combine on your own that will wow anyone inside the game. The newest ultimate skin in League of Legends is Gun Goddess Miss Fortune which was released on November 24, 2018.

Gun Goddess Miss Fortune’s model has also been completely remade with guns all over it; she now wears high heels instead of boots and carries an electric guitar to complete the “Goddess” theme. We can see Twitch’s Contaminate particles shooting out of her hands, her model is also significantly smaller compared to the other Gun Goddess skins.

Her skin comes with multiple forms to choose from.

Her first form is the default one, which has an electric guitar with a black angel wing on it and she wears different high heels.

Her second form is called “Bunny” and turns everything white/pink with rabbit ears instead of wings on her guitar. Her third and final form turns everything black/purple with a purple electric guitar and a red devil tail on it.

Her first form has new particles for her skills, her second and third forms have the same textures as Arcade Miss Fortune from last year’s Huntress of Souls skin. This is the first-ever ultimate skin to transform into different skins instead of having multiple separate models.

Gun Goddess Miss Fortune is currently the only ultimate skin that costs 2275 RP while the other ultimate skins cost 3250 RP.

6. K/DA All Out Seraphine The latest ultimate skin in League of Legends is K/DA All Out Seraphine which was just released on November 24, 2018.

K/DA All Out Seraphine’s model is completely different from the rest of her legendary skins with heavy gothic influences. Her dress has orange and black flames all over it while she holds a microphone decorated with a black musical note.

We can see Ashe’s Vindicator and Evelynn’s Shadow Eve particles shooting out of her hands, her model is also significantly smaller compared to the other K/DA skins.

This is the first-ever League of Legends ultimate skin that includes a summoner icon.

How To Unlock Ultimate Skins In League Of Legends:

You can get them by: 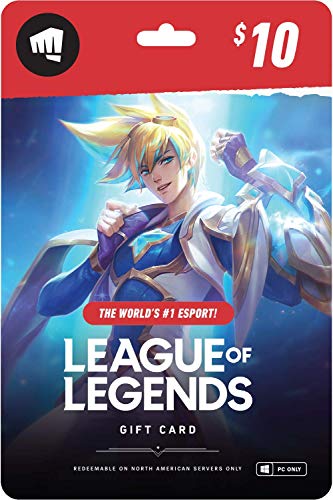 If you’re a League of Legends player looking to get yourself an ultimate skin, remember that you need to save up a fair amount of RP for them as they are significantly more expensive than other skins.

We hope you enjoyed this guide and we’re excited to hear about your experiences with ultimate LOL skins in League Of Legends! With all of these different options, it can be hard to know which ones are worth getting. What do you think the next ultimate skin will be?

We cover all things League of Legends so stay tuned for more content coming soon!