What Is My MMR In League Of Legends? – League MMR Checker

You’ve been playing League of Legends for a while and you’re wondering what your MMR is. It can be tough to know where you stand in the competitive scene if you don’t know your MMR.

If you are looking for an LoL MMR checker, you are in the right place! Do you want to see a rough estimate of your current league MMR and keep track of it?

Gaming Edit has the perfect solution- using a League MMR checker. With just your summoner name, you can tell exactly what your MMR is.

What Is LOL MMR: The Basics

You have probably heard about MMR a lot. It is commonly applied to distinguish highly skilled summoners from lower qualified people and the best player is often labeled “high MMR player”. MMR means matchmaking rating.

It’s a hidden points-based rating system categorized by skills, which is used in several different games. Originally MMR was used for chess as it was designed for measuring the chess abilities of players. League of Legends players with high MMR face other high MMR competitors, thus providing equitable competition in this regard.

How Do I Check My MMR Manually? 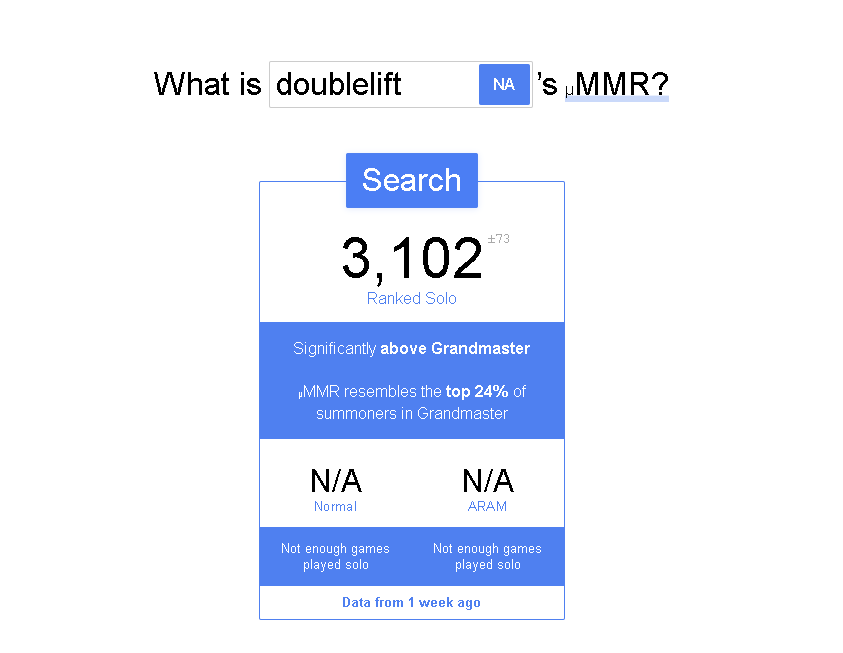 League of Legends players who want to check their MMR can do so manually by visiting an MMR calculator website called “WhatismyMMR.com.” This website will allow you to input your summoner name and then give you an estimate of your average MMR. Keep in mind that this website is not affiliated with Riot Games, so the accuracy of the estimates provided may vary.

If you’re looking for a more official way to check your stats, you can do so by logging into your League of Legends account and visiting the “Player Profile” section. This section will show you all of your ranked stats, including your current rank.

You can even compare your stats to different ranks to see what you need to improve to climb the ranked ladder. 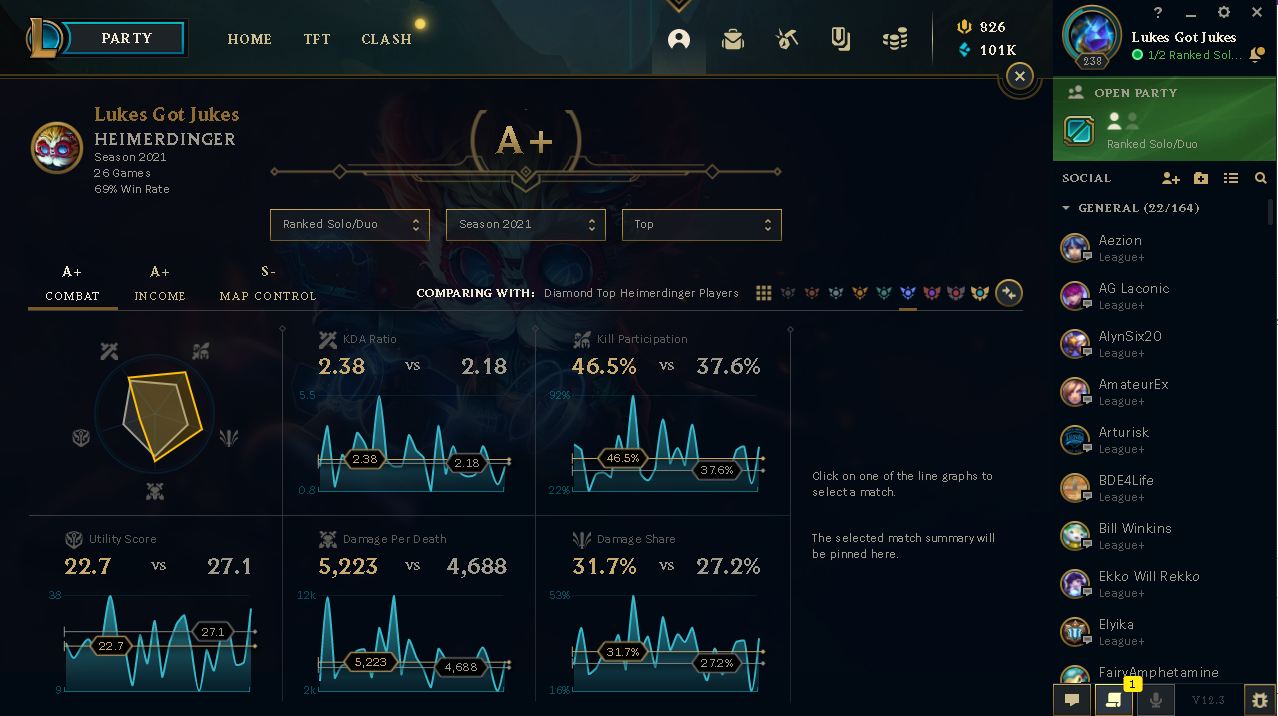 MRR can be defined as “Match Making Rating”. It is used in all games that are played competitively. The basic definition of this term relates to the ratings which are assigned to players, teams, or factions based on different factors, hence aiding them in match-making.

The basic concept of MMR applies to LoL too where it aids matchmaking. LoL MMR is a hidden value assigned to every player. The initial MMR values are unknown and only the changes in MMR due to the results of each match can be viewed by players after they have played at least 10 ranked games.

The purpose of the system is that it helps teams know how strong or weak they are, hence enabling them to pick appropriately skilled competition. MMR is used in all games and it depends on different factors, such as the number of players involved, their respective ranks, and ratings. This makes it difficult to calculate MMR with precision.

MMR is continually changing for LoL too since most players tend to win more than they lose creating an upward trend in their MMR.

As already noted, all the game modes have their respective MMR ratings and it also applies to the standard games. Your normal games MMR system is very different from your rated games thus you may play the normal game mode which may seem easier.

The most common games you will use are the test areas where you can test the new champion and strategy before you use them in ranking.

MMR, or Match Making Rating, is a metric used by Riot Games to match players of similar skill levels together in competitive play. There is a lot of debate surrounding MMR and its impact on player performance, but most experts agree that it has a significant effect on competitive LP (League Points) gains and losses.

There are a few theories as to why this is the case. Some people believe that higher-MMR players have better map awareness and strategic understanding, which gives them a distinct advantage in 5v5 games.

Tips To Increase Your LoL MMR

There is no surefire way to increase your LoL MMR other than winning games, but there are a few things you can do to give yourself the best chance. The most important thing is to play as many games as possible and try to improve your skills with each one.

You can also try joining a more competitive team or playing with better players, as this will make you work harder to keep up. Finally, remember that your average MMR is not the only measure of success – it’s more important to have fun and enjoy the game than it is to focus on your ranking.

It might be your best idea if it comes to stopping playing a ranking when you’re on a losing streak. Those who have lost their game just can’t cope. This can cause a loss-rebound streak in several games and deactivate your MMR, which will make your climb impossible.

Instead of playing immediately after losing one play, take five minutes breaks, stretch and try your mental clarity before starting the next game. Managing League tilt can help you gain MMR quickly.

Dodging games is when a player leaves a game before it has begun, preventing the game from filling its required number of players. This can be done by either disconnecting from the game lobby or Alt+F4-ing out of the game in champion select. When this happens, the game is canceled and all players are refunded their LP.

Queue dodging most often occurs when one team is heavily favored to win, as the losing team would rather not waste their time playing the match. It can also occur when one player is significantly more powerful than the rest of their team, causing them to feel like they have no chance of winning.

The reason to dodge games is that Riot Games only takes away LP for dodging and it has no impact on your average MMR.

Your opponent’s estimated MMR will determine how much LP you gain after a win or lose after a loss.

If you play ranked games with someone else, your opponents must be in the same tier and division as you. If they match a Gold-Gold 1 player with a Platinum-Platinum 1 player, it is an unequal duo. You will get more LP than them for winning and lose less to them than if they were paired with balanced players.

If you play or duo with someone of a lower tier or division, you will win less LP than if they were balanced. However, it is beneficial to carry your teammates if their MMR is higher than yours because you can get more LP from them due to the quality competition you will be facing.

Premade games are excluded because players in a party can have very different MMRs which causes poor matchmaking and inaccurate MMR estimates.

How do you Check Your MMR in LoL?

You can use an MMR calculator like whatismymmr.com to check your MMR in League of Legends. Simply enter your summoner name and the site will show you your actual LoL MMR, ranked tier, and recent match history.

How is League MMR Calculated?

MMR is calculated based on your skill, the skill of your opponents, and the calibration of the game.

Your skill is determined by how often you win and lose games. The more games you play, the more accurate your MMR becomes. The skill of your opponents is also taken into account, as well as the calibration of the game.

Calibration determines how much weight is given to a win or loss. A win in a very well-calibrated game has a lot more weight than a win in a poorly calibrated game.

What is Plat MMR?

Plat MMR is the League of Legends term for players who have an MMR between 1850 and 2199. This range is generally considered to be the dividing line between low-skill and high-skill players.

Players in this range are typically able to carry games if their teammates are of a similarly high skill level, but can also struggle if placed on a team with players of significantly lower skill.

Final Thoughts On MMR In League Of Legends

If you’re looking to improve your rank in League of Legends, then using an MMR checker is a great way to start. By knowing your MMR, you can target the areas of your game that need improvement and work on them.

There are many different MMR checkers available online, so find the one that works best for you and get started today!