Do you want to be a better gamer in League of Legends? Are you looking for information on the cheat codes and hacks that have been used in League?

In this in-depth guide, We will explore all of the League of Legends hacks and tools that are have been used. We’ll discuss what they do, how they work, advantages/disadvantages, and more!

Hacking has the potential to ruin the enjoyment of games for other players by using artificial means to make themselves more powerful within League of Legends. The use of any third-party software that gives someone an unfair advantage over his opponent, passing off responsibility for winning or losing on others, rather than maintaining one’s own responsibility.

Using hacks also hurts developers by diverting people away from buying items in-game because they do not need them anymore due to breaking out their hack pack. And ultimately, hacking is bad because it takes time and resources away from Riot’s ability to innovate new champions or environments in League of Legends.

Use Of Scripts & Scripting

A term such as scripted software is used to describe a bot’s ability to perform certain actions. Scripts can react to an environment by doing things that trigger fire and heal etc. Camera and zoom tools let you see the entire map, zoom as far as you want.

At certain levels, you have the risk of being reported a lot and eventually banned. The hacks can be seen through server-side checks but Riot never really tries.

Scripting has been developed to take ownership of player’s actions. The basic concept is the same as that about an NPC (nonplayer character). By scripting, you can take assistance with performing difficult combination moves or limit the response time to certain events.

There are a number of different types of LOL scripting. These include game script, macro script, and champion scripts and there are many different choices of script. Essentially the concept is to automate all the answers.

Range Display Hacks in League of Legends are a way to see enemy champion’s distance from your champion without having to click on them. This is advantageous because most players these days play with higher resolutions, and it can be difficult to actually click on the mini-map when there are so many other moving things happening at once.

League of Legends hacks like “Range Display” work by using an overlay over top of your game window, hence the word “hack”. This overlay displays icons for each nearby enemy champ which you can hover over with your mouse cursor, giving you live distance information without ever having to leave the area.

Read also: League Of Legends Replays (Everything You Need to Know)

Some players will “hack” their matches by adding dummy cameras and zoom hacks to view the map in a higher perspective, sometimes without the opponent’s knowledge. Zoom hacks make it easier for a player to see what is going on across the map in real-time. The player effectively has too many screens to use in order to track all of his or her team’s progress and what is happening in-game.

Adding multiple dummy cameras and using them strategically enables an individual can keep tabs on things more easily while one monitor remains focused on the game itself. Dummy cams are used defensively – they are positioned so that they can monitor entrances or key points of interest for activity so that players have a warning before being attacked.

Our Favorite Monitor For League of Legends: 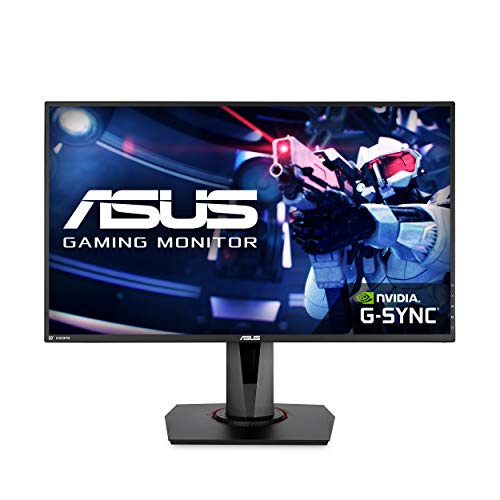 Bots can do almost everything within League of Legends and are hard to detect. Bots can chat automatically for you using Hot Keys for stuff like “gj”, “thanks” or “n00b.” Bots can trigger specific mechanics much faster than human beings ever can.

The most effective use of a bot in conjunction can be performed in combos: The bot automatically unleashes a total or normal combo with the click of the button. If you want to become a real pro you must always be very skilled in the game although you use a bot.

Read also: Fastest Way To Level Up In League Of Legends

Examples Of The Other Types Of Hacks And Cheats Out There

There are a great set of scripts that can help you to get the best result on an individual match and make it even faster. Keystroke bots are probably the most attractive cheat if you need to improve your chances of beating the opponent in a ranked game.

Hacks you won’t see as often but are probably even more effective are skill-shot targeting auto-ignite and smite, and key combo bots that are used when the spell combinations are used. The Jungle Timers enables you to accurately track the time of spawn on jungle creeps and The Zoom Hack enables customizable camera view is very helpful. They have very common hacks.

Draven Ax Catcher and Fiora Parry scripts are well-known examples. Each Champion is crafted individually by software and the internal functioning is specific to this character. You may find yourself learning about scripting that will let you improve your programming skills.

These are strong cheats you can use to extract the maximum out of your gaming software. It takes a known sequence of events that the character performs and inserts actions and/or maneuvers into the sequence that are advantageous to the champion or character.

Related: “The Best DPI for League of Legends”

Can You Cheat In League of Legends?

League of Legends is a competitive online video game played by over 67 million players monthly. Naturally, there are teams who want to win badly enough that they’ll try to “cheat” by using third-party applications that give them an advantage in the game.

Riot Games recognizes this and has created its own anti-cheat measures to reduce the number of cheaters within League of Legends. They have taken these measures so seriously that they have even shut down entire regions if they feel it’s too rampant, like with Europe West recently.

What Is A Drop hack?

A drop hack is a type of gameplay cheat that involves the interception of data packets, specially designed to impair other player’s Internet connections. Typically, this involves connecting to your opponent’s connection with your Internet service provider by guessing their IP address.

The cheater then “drops” the network packets being sent between the opponent and his or her ISP, forcing higher latency rates to be experienced during gameplay. This causes stuttering shots for example in first-person shooters, an inability to move both quickly and accurately for MOBAs like League of Legends, or any game which requires fast reaction times.

Can You Bot In League Of Legends?

Yes, but botting is the equivalent of cheating for gamers, but it’s only available if you’re willing to pay a premium price. The popular bots use high-level accounts and sell them online--which means they have nothing in common with how real players play their games

Is LoL Easy To Learn?

League of Legends is not too challenging to learn. There are plenty of good sites that teach new players how to play. Investing time into learning the game’s terminology will help you to enjoy it more, so take some time to read Riots’ official How To Play Guide for League of Legends or video about terms you don’t understand before jumping in.

Doing so will make your gaming experience richer and more rewarding, but also less frustrating when you encounter foreign concepts for the first time mid-game. Good luck!

Read Also: How To CS Better In League Of Legends

If you’re still considering the idea of using hacks, scripts, and cheats to win games in League of Legends then stop. These tools are cheating for their own benefit not improving your skills or understanding how to play better. You will never learn from mistakes if all you do is cheat yourself out of them.

Here at Gaming Edit, we believe that there are no shortcuts when it comes to success, you have to earn every victory by playing with skill and determination. No matter what games you’re interested in learning more about, our team can help get started on a path towards mastering it without ever needing any kind of League of Legends hacks or scripts!